We make a complementary range of innovative products for structural biology 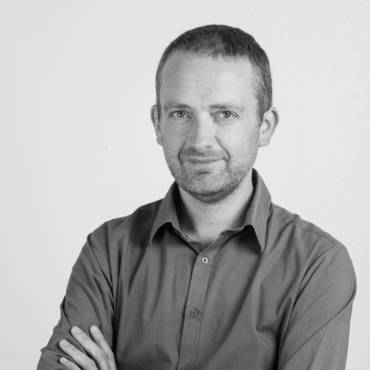 “POLYVALAN unique chemical approach provides significant gain of effectiveness, time and/or precision for protein structure determination that allows an optimal use of the existing large facilities. By commercialising our first product Tb-Xo4TM (CrystallophoreTM, literally « who brings crystallization ») only 4 months after our creation, we immediately positioned ourselves as a provider of high added value solutions for bio-crystallographers.
We aim to create a range of complementary tools that will allow a profound upheaval in the field of structural biology.
POLYVALAN will therefore naturally participate in the inevitable evolution of the structural biology which will often be the cause of technological breakthroughs expected in the coming years in the field of biotechnologies.”

POLYVALAN, founded in December 2016, emerged from academic research based in Lyon and Grenoble (France) with more than 20 years of team experience in solving the phase problem inherent to protein crystallography.
Housed in Ecole Normale Supérieure de Lyon (ENS Lyon) spin-off incubator, POLYVALAN technologies relies on a team of 6 people, all with extremely solid experience, either in coordination chemistry, supramolecular chemistry, biophysics, bio-crystallography or innovation management. The bringing together in a single place of such a multidisciplinary and experienced team in this field is unique to date.

Getting new insights into the structural biology interfacial field of research requires the combination of many skills in various areas like coordination chemistry, supramolecular chemistry, NMR and luminescence spectroscopy, thermodynamics and theoretical calculations, protein production and purification, crystallization, structure determination…

In December 2015, thanks to a grant during the period 2015-2016 for maturating the technology from the SATT Pulsalys(a Société d’Accélération du Transfert de Technologie or “Technology Transfer Company”, which is a simplified joint stock company as part of the french Prime Minister Future Investments Programme / Programme Investissements d’Avenir or “PIA”), Xo4 technology has been patented (WO2017103545). At that time, Christian Chapelle (Polyvalan cofounder and director) was the Pulsalys technoloy transfer officer in charge of the granted project.

Polyvalan was founded in December 2016.

In March 2017, launching of the first generation of the product called Tb-Xo4 (Crystallophore n°1).

From March 2018 to December 2019, the foundation of “Maison de la Chimie”, thanks to their innovation support project, helps the POLYVALAN by hiring Amandine Roux, a post-doc in chemistry, PhD in Molecular and Supramolecular Chemistry, to develop new molecules and to continue the fundamental research about the crystallization project. Since, Amandine is the first full-time research engineer of the company.

In November 2019, launching of the 2nd product called Lu-Xo4, complementary to Tb-Xo4.

Feb 2021 : At the request of NatX-Ray, the range of lanthanide complexes manufactured by Polyvalan has been completed by 4 products complementary to our Crystallophore phasing agents, also available from MiTeGen and Jena Bioscience.

May 2021 : Crystallophore (Xo4) new protocol. During the CRYSFRAG project, supported by a program R&D BOOSTER from “Région Auvergne Rhône Alpes”, the HTX platform and Polyvalan worked on a new protocol to facilitate the initial screening of protein of interest in the presence of Xo4.

In 2007, Olivier Maury (Polyvalan co-founder, ENS Lyon) joined the team and a real multidisciplinary approach started. The exploration of the supramolecular interactions between lanthanide complexes and proteins was an empty field of research with very important and unexpected potentialities. As a first approach, Eric and Olivier have proposed to use [Ln(DPA)3]3- complexes (DPA = pyridine-2,6 dicarboxylate = dipicolinate) for structure determination (phase determination issue). Whereas other techniques based on covalent linkage or lanthanide-binding tag only succeeded in determining one or two structures, this simpler technique of introducing [Ln(DPA)3]3- complexes in a non-covalent way into protein crystals was successfully used to solve the structure of several model proteins, and started slowly to be disseminate in the community as illustrated by several recent examples (about 10 structures since 2009).

In the early 2000’s, Richard Kahn (died in 2011) and Eric Girard (Polyvalan co-founder, IBS, Grenoble) have proposed to use gadolinium complexes to incorporate lanthanide ions into protein crystals. The great advantage of using lanthanide complexes comes from the fact that the interaction with the proteins occurs through the chelating ligand via supramolecular interaction rather than through direct interaction with the metal ion.
This was an important breakthrough in the field since for the first time, protein structure determination was possible without any modification of the protein itself. The binding mode of the various used complexes to the protein turns out to depend on the nature of the chelating ligand. At that time, no chemist was involved in the project; consequently, they were restricted to use commercially available lanthanide complexes designed for Magnetic Resonance Imaging applications.
VIEW OUR PRODUCTS